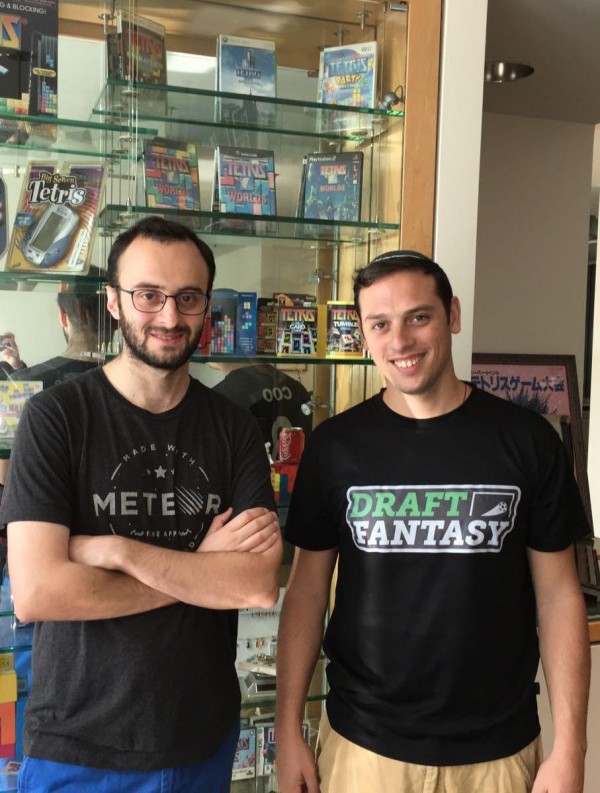 Founder and CEO, Elie Stenbock, noticed this gap in the fantasy soccer market and decided to build a draft-style fantasy soccer platform for the Premier League before drafting into a special unit in the Israeli army as a tank programmer. While running the platform as a side project in our first season, over 12,000 people organically began playing on our platform in before the 2015 Premier League season started. Needless to say, there was tremendous potential.

Sam Guigui, who was Elie’s roommate, was in school completing an International MBA and was gearing up to join a special R&D unit in the Israeli army at the time. One night Sam and Elie went to an investment party, where we met our third partner, Tyler Swartz. Tyler was advising start-ups after recently going through the exit of Wigo. Although Sam and Elie still had over half a year left serving in the Israeli army, we all decided to give Draft Fantasy our full attention to grow our user base and get funded.

The team is formed of likeminded individuals who are dedicated to working towards the success of the company and growing the company.

3. What is your solution? (Your pitch)
We offer the leading draft-style fantasy soccer platform for the English Premier League. We provide a platform that places user experience and ease of use as paramount. Feedback from our 70,000 users has been incredible and has helped guide us to perfect the platform and build apps for iOS and Android.

We are now adding options to allow the 60% of our users living in the United Kingdom to place money on their fantasy soccer games each week in draft-style Daily Fantasy Sports (DFS) games.

4. What kind of traction do you have?
We have established ourselves as the market leader in draft-style fantasy soccer with 70,000 registered users. After the success of our flagship Premier League fantasy soccer platform, we decided to expand our offerings to the US soccer league, MLS, and then a game for the 2016 European Championships.
We partnered with 101 Great Goals for the European Championships and saw tremendous growth. We then focused our efforts on the current Premier League season, which brought us to 70,000 registered users and 15,000 weekly actives. 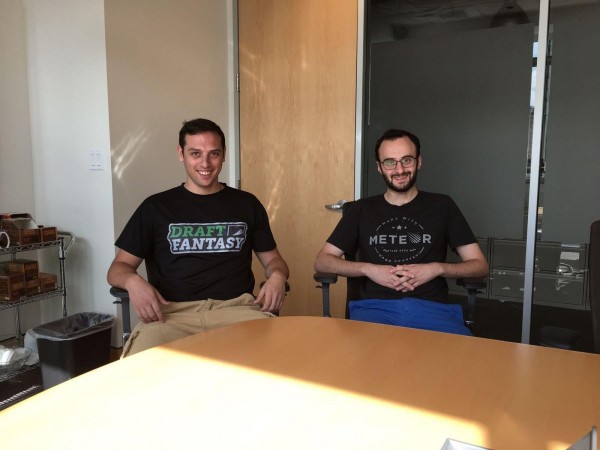 5. Where do you see Draft Fantasy Football in 24 months after you graduate Cohort 8?
In 24 months we’re planning to grow ten times to 700,000 users with 30,000 paying users. We also plan to have further expanded into other soccer leagues like La Liga, Bundesliga, Serie A, and the Champions League. That being said, the English Premier League platform will remain as our flagship product and will give us access into the East Asian and Southeast Asian markets, which are currently completely untapped.

As the leader in draft-style fantasy soccer, we are looking to be the start of a revolution in the fantasy soccer world and expect others to follow our lead in the next two years.

Our data indicates that over 65% of our users were referred by a friend and that over 85% refer at least one friend to our platform with over 40% inviting over 7 friends!

7. Who/What inspires you? (can be a founder, a person, a movement etc)
Our data indicates that over 65% of our users were referred by a friend and that over 85% refer at least one friend to our platform with over 40% inviting over 7 friends!

8. What is one thing you’ve learned in the program so far that you found valuable/insightful/crazy?
If you build it, they will come. It is the story of our company, but also describes the Hawaiian eco-system. We have seen that accelerators like Blue Startups are playing a major role to grow the Hawaiian eco-system and bring in companies from across the world.

Additionally, with great human resources and some capital, people can build incredible things that are bigger than ourselves. This may sound trivial and obvious, but belief in our ability to impact an industry is vital for entrepreneurship.

9. One secret thing you’ve learned about Hawaii you would tell Cohort 9 about?
It is really hard to find an apartment in Honolulu, but once you do, it’s really incredible being able to wake up everyday and work in paradise. It’s become a gem of entrepreneurship in the middle of the Pacific.