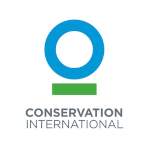 ʻAulani Wilhelm is the Senior Vice President for Oceans at Conservation International. Her work bridgesculture, community, and science to emerge innovations in ocean conservation. She has played a pivotal role in shaping the emerging field of large-scale ocean conservation, leading the design and establishment of thePapahānaumokuākea Marine National Monument in Hawaiʻi, and as founder of Big Ocean, a network of the world’s largest marine managed areas which collectively protect >11 million km2of ocean globally.

Prior to joining Conservation International, she was Director of Ocean Initiatives for NOAA’s Office of National Marine Sanctuaries, and a Social Innovation Fellow at Stanford University. She founded Island Water, a social venture to provide clean water and reduce plastic pollution on islands, and the Design4Nature Collective, a network of professionals trained in methods of design thinking who modify and apply those methods to problem solving for nature.

A long-time member of the Polynesian Voyaging Society, ʻAulani was privileged to be a crew member on Leg 27 of the recently completed historic three-year worldwide voyage of Hōkūleʻa, the Hawaiian voyaging canoe that has helped lead the revival of oceanic wayfinding and non-instrument navigation across the Pacific. ‘Aulani is passionate about engaging the wisdom, knowledge and culture of indigenous people in designing innovative solutions to increase impact and scale.