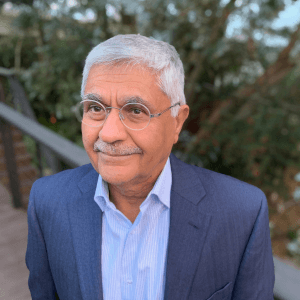 Faruq Ahmad is Founding Partner of Palo Alto Capital Advisors, in Silicon Valley. He was an early investor in China with Palo Alto based Mingly Capital, and has since been an advisor to and investor in startup companies and venture capital funds. Previously, he was founder of PenWare, which exited on Nasdaq as MobiNetix (NETX). He is a strong supporter of Hawaii’s role in bridging the Pacific and developing its technology based innovation ecosystem, to help make the world a better place for all. He has a BS from MIT, an MS from Stanford, and an MBA from Stanford.