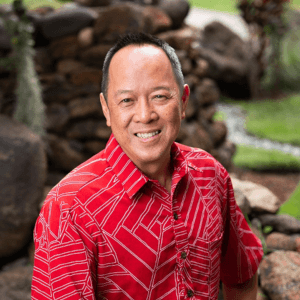 Livingston “Jack” Wong was named Chief Executive Officer of Kamehameha Schools in September 2014. Prior to being named CEO, Jack served as an attorney for Kamehameha Schools for 17 years, including as Vice President of Legal Services and General Counsel.

Guided by the vision of its Trustees, and under Jack’s leadership, Kamehameha Schools embarked in 2015 on a bold, exciting voyage that envisions, in one generation, a thriving Lāhui in which all Hawaiian learners achieve post-secondary educational success, enabling good life and career choices. Grounded in Christian and Hawaiian values, learners will be leaders who contribute to their communities both locally and globally.

At the heart of this journey are those who share this vision to ensure that all Native Hawaiians have the opportunity to succeed. Strong community collaborations, donor participation and key state, national and international partnerships are vital to creating the means to propel learners onto paths of knowledge and careers of their choice.