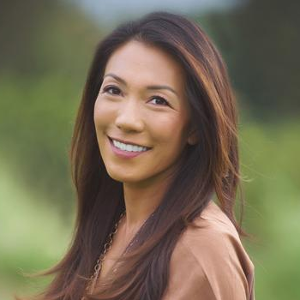 Tina Fitch is the Co-Founder and CEO of Hobnob, the mobile dashboard for real-life groups. Hobnob’s stunning text-based video invites, event management tools, and private community forums help groups large and small cut through the headaches of community administration and focus on what brought them together in the first place. Hobnob’s app has been featured numerous times by the App Store and recognized by TechCrunch, Huffington Post, Business Insider, Refinery29, NY Magazine, and more. Previously, Fitch was the founding CEO of Switchfly, a leading global platform for the travel commerce, loyalty, and fin-tech markets. Fitch led Switchfly to partner with over 300,000 suppliers in 50 countries, including United Airlines, American Express, Marriott and Starwood Hotels, Priceline, AirAsia, Citibank, and Jet Blue. Collectively, more than $2 billion in gross sales and 20 billion reward points are redeemed through the Switchfly platform annually.

Fitch is originally from Kailua-Kona and is a graduate of UC Berkeley. She develops STEM programs with Native Hawaiian organizations and is on the board of Alpha Esquires, a mentorship program for African American youth sponsored by the historic Alpha Phi Alpha fraternity. Fitch has been a lead mentor for Blue Startups and an advisor for ManaUp in Hawaii.