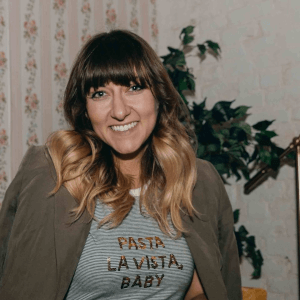 Aubrie Pagano has experience on both sides of the New York City ecosystem as an investor and ex-operator. She is a newly minted Partner at Corigin Ventures, investing in exceptional founders shaping the intersection of digital and physical worlds. Prior to Corigin, she spent the past two years leading investments out of XFactor Ventures, an early-stage fund focused on companies with at least one female founder. There, she led seven investments (Choosy, Maude, Tinted, Court Buddy, Balloon, Shiru, Steward), investing alongside firms such as First Round, NEA, Forerunner, RRE, Lux, and Kapor Capital. In early 2019, Aubrie sold her company, Bow & Drape, the first platform for custom fashion, to Win Brands Group. She drove the business to profitability, retailing online and in over 350 Nordstroms, Bloomingdale’s, and Macy’s. She was named Forbe’s 30 Under 30, PayPal’s 30 under 30 Makers + Shakers, and LinkedIn’s Next Wave of Professionals under 35. Prior to Bow & Drape, Aubrie began her career at Fidelity Investments in the company’s internal strategy group. She holds a BA from Harvard.