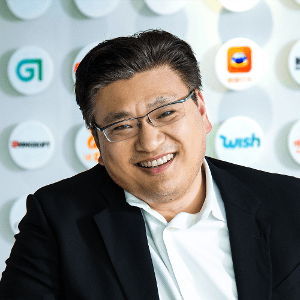 Hans Tung is a managing partner at GGV Capital, focusing on consumer Internet, e-commerce, and IoT investments across China and the U.S. He has been ranked by Forbes Midas List as one of the world’s top venture capitalists six times from 2013 to 2018, most recently ranking number 20 in the world. He has invested in 14 private companies with valuations greater than $400M, including 11 unicorns valued at over $1 billion: Xiaomi, Wish, Bytedance (a.k.a. Toutiao), Slack, Airbnb, OfferUp, Peloton, Coinbase, Xiaohongshu, Meili, and SmartMi. He was among the first Silicon Valley VCs to move to China full time, spending eight years in China from 2005 to 2013. He was an early investor and former board member of Xiaomi and Musical.ly, which was acquired by Bytedance (a.k.a. Toutiao) for around $900 million in 2017. A well-recognized investor in the e-commerce sector, Hans has invested in four of the top 20 shopping apps in the US App Store: Wish, Poshmark, Offerup, and Ibotta. Hans holds a BA from Stanford University. Having worked in 10 cities, he has witnessed and analyzed the ups and downs of various regions and sectors through economic cycles. Hans is a well-followed thought leader and commentator in the US-China cross-border technology scene. He was named a “LinkedIn Top Voice in VC” in 2017, and co-hosts the 996 Podcast, the most popular English-language podcast on tech and entrepreneurship in China. He blogs about China’s tech trends and his investment theses at www.hans.vc.