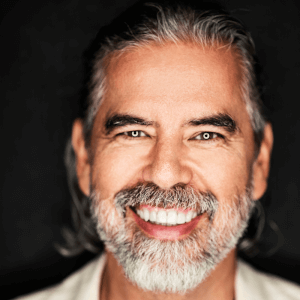 Henk Rogers is one of the world’s leading advocates and activists for reducing, and eventually eliminating, humankind’s dependence on fossil fuel. He is the founder, visionary and chairman of the board at Blue Planet Foundation, a public charity whose tireless efforts helped pave the way for Hawaii to become the first state in the nation with a policy requiring that 100% of the state’s electricity come from renewable sources by 2045.

He is now focusing beyond Hawaii to help others enact mandates for 100% renewable energy in their regions. He has spoken at three Inter-Parliamentary Union assemblies, where he convinced 178 member countries to declare climate change an emergency. His newest initiative, Blue Planet Alliance, aims to unite people, organizations and countries to create a world where humanity and nature live in harmony. Furthermore, Henk is also the founder of the International MoonBase Alliance, which enables multinational collaboration between space agencies, companies and academic institutions to help launch a sustainable human presence on the Moon and beyond. Henk also serves as chairman of the Pacific International Space Center for Exploration Systems (PISCES), a state agency under the Department of Business, Economic Development & Tourism of Hawaii working to position Hawaii as a leader in space exploration.

Prior to focusing on environmental protection and space exploration, Henk was a pioneer in Japan’s fledgling computer game industry and developed the Black Onyx, the first role-playing game in Japan. He is perhaps best known to mainstream video game enthusiasts as the Managing Director of the Tetris Company, which controls the worldwide licensing rights to Tetris, one of the most popular video games in history.