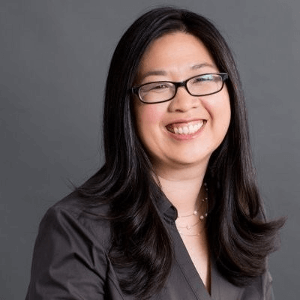 Holly Liu founded the venture backed mobile gaming company, Kabam in 2006 with UC Berkeley alumni. In 2008, Kabam was waiting for their Series B to close. The day the VC was supposed to wire the money (term sheets were signed) was the same day Lehman Brothers collapsed. With no funding coming in and, revenues disappearing we built Kabam. Ten years later, Kabam sold for $1 billion dollars.

Holly’s work has contributed to record revenue growth for Kabam year over year from $0 to $400MM annually, that led Kabam into the unicorn club in 2014. She led the design for Kabam’s award-winning “Kingdoms of Camelot” franchise, which has grossed over $250 million in less than four years. She was also the founding mobile designer for extension Kingdoms of Camelot: Battle for the North, which was the top grossing app on iOS in 2012.

She was Chief Development Officer in charge of developing Kabam internationally through key relationships – starting with China. Among other things, she continues to develop global cultural initiatives within Kabam.

Prior to that she was Kabam’s Chief of Staff and oversaw HR, leading corporate culture and talent experience for over 1500 employees (including contractors) at Kabam globally. Holly oversaw the team responsible for recruiting and retaining top talent, and has grown the Kabam staff 500% in three years.