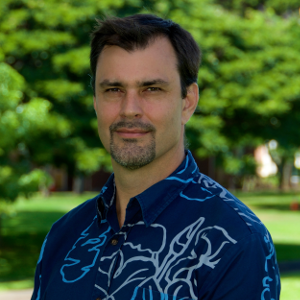 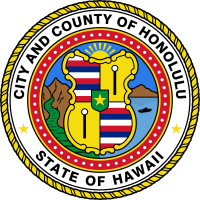 Josh Stanbro is Honolulu’s Chief Resilience Officer, and also serves as the Executive Director of the Office of Climate Change, Sustainability and Resiliency. Josh has a deep background in sustainability and brings a track record of developing cross-sector partnerships to his role in Mayor Caldwell’s administration. He served as Environment and Sustainability Program Director for the Hawai‘i Community Foundation from 2009-2017, where he led the Hawai‘i Fresh Water Initiative and the Hawaiʻi Environmental Funders Group. Previous to HCF, Josh headed The Trust for Public Land’s Hawaiʻi Office, where he worked with local communities to permanently protect over 25,000 acres and dedicate over $200 million in land conservation funds. Josh graduated from Claremont McKenna College and earned a law degree from Berkeley Law. He also visited the William S. Richardson School of Law at the University of Hawai‘i at Mānoa where he earned the Cali Award in Native Hawaiian Rights. He and his family live in Pālolo Valley.