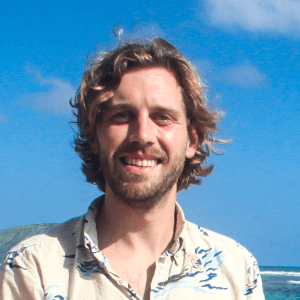 Lawrence Hester is the Co-Founder and CEO of FareHarbor, the leading online booking platform for tours & activity providers. Under his leadership, FareHarbor has grown from a small, family-run business to the largest software provider in the industry, with over 7,000 clients worldwide and more than 400 employees spread across 6 offices. FareHarbor was acquired by Booking Holdings in April 2018.

Lawrence serves as a mentor for several startups, and has been active in the startup community after his success in scaling FareHarbor without accepting VC funding.

Lawrence is a serial entrepreneur, previously having launched an artisanal crouton company called Emmiez Croutons, which landed in gourmet grocery stores nationwide. Outside of the office, Lawrence is an Ironman, avid sailor, surfer, and skier.

He holds a BA in Economics from Brown University.