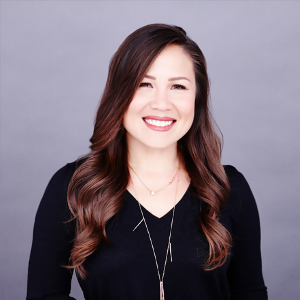 Meli James is a cofounder at Mana Up, a Hawai'i-based initiative designed to build the state’s next generation of CEOs in the retail and food product industry. Mana Up hosts a 12-week accelerator program offered biannually to enable Hawaiʻi product entrepreneurs to scale their businesses.

Additionally, she is president of the Hawaii Venture Capital Association, an organization that seeks to foster entrepreneurial development through education, networking, and access to capital.

Previously, James was the head of new ventures at Sultan Ventures and the program director of XLR8UH, the University of Hawaiʻi’s (UH’s) nationally recognized venture accelerator focused on mentoring and investing in UH-affiliated innovations.

Born and raised in Honolulu, James lived in Silicon Valley for more than 10 years where she co-founded and contributed to numerous start-ups in the Bay Area and Honolulu, including Nirvino, which was a #1 ranked wine app, an Apple Platform Top 100 App, & Top Ten Lifestyles App during its time.

James is a graduate of and Entrepreneur in Residence at Cornell University.